As we reported back in June, Scottish Labour MSP Pauline McNeill (pictured) has published a Member’s Bill in the Scottish Parliament to place a blanket restriction on mid-tenancy rent increases for Private Residential Tenancies (PRTs). The bill wording can be read here.

The bill proposes that:

The bill does not propose introducing any restriction on the amount a landlord increases rent by between tenancies.

SAL’s principal concern about the bill is that it will act as a disincentive to landlords considering reducing the rent below the open market level in order to attract new tenants or help existing tenants who are in financial difficulty, something that many members have been doing to help their tenants during the coronavirus crisis. This is because the cap on increases of CPI + 1% would prevent a landlord increasing the rent back up to the open market rental value during the tenancy.

The Scottish Parliament’s Local Government and Communities Committee has launched a call for views on the bill. We would encourage all members to respond to the call for views – details can be found at

https://yourviews.parliament.scot/lgc/fair-rents-bill. The closing date for responses is Monday 7 December.

A Member’s Bill follows a 3-stage scrutiny process, during which it may be amended or rejected outright. If it is passed at the end of the process, it becomes an Act. The wording of the bill sets out an expectation that, if approved by MSPs, it will come into force by May 2021. However, this might not be achievable as the timescale from publication of a bill to any resultant legislation coming into force in Scotland is normally at least two years. However, there is political pressure for the bill to be properly considered by parliament and it will feature heavily in political parties’ manifestos for the May 2021 Scottish Parliament elections if it does not progress in the current parliamentary session. 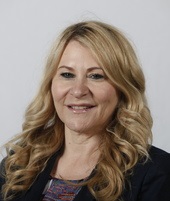